You are here: Home / Alcohol stolen in Goole – do you know this woman 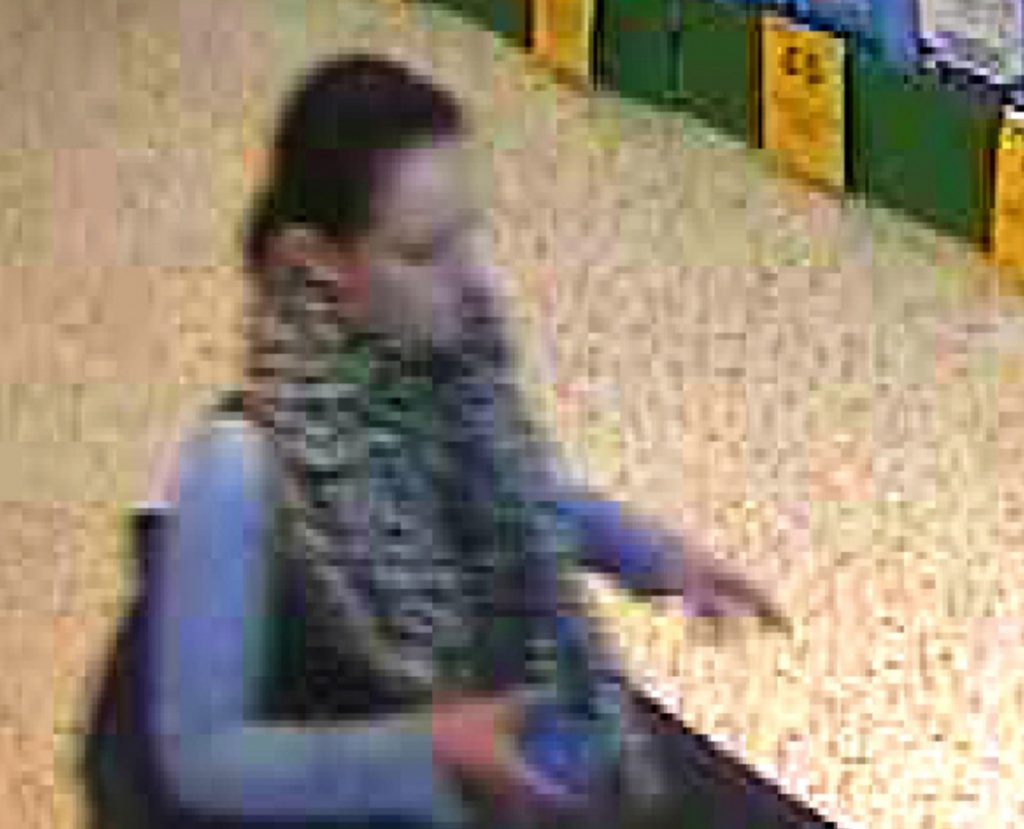 Alcohol stolen in Goole – do you know this woman

CCTV footage has been released by police investigating the theft of five bottles of Jack Daniels from Morrisons, Boothferry Road, Goole, between noon and 12.37pm on April 4, 2016.

Officers are keen to speak to this person in connection with the incident.

A woman is said to have entered the store and taken the bottles from the shelf, concealing them in a shoulder bag, before leaving in the direction of Wetherall Street.

The suspect is described as white, aged 22 to 27, around 5ft 3in tall, with dark brown hair in a ponytail.

Anyone with information is asked to call 101, quoting crime reference number 2179338.