You are here: Home / Award for longstanding local volunteer

The great and the good from the voluntary sector of Hull and East Riding of Yorkshire were brought together for a Prosecco afternoon tea on Wednesday 16th October at The Hilton Double Tree in Hull to celebrate the ‘Proud to be a Volunteer 2019’ awards by HEY Smile Foundation and partners. The Moorlands Community Charities longstanding volunteer, Alan Jefferson was shortlisted for the ‘Behind the Scenes’ award and dually won the award on the evening.

Alan, a volunteer with the charity since 2005, works alongside children and young people in the IT Suite, supporting with homework, reading or just generally imparting his knowledge and skills.  Alan combines this work with his volunteering role at Marshlands Primary School, another role he has done for a long time.  Alan also supports with the administration of the charity and is the statistical wizard, crunching the numbers needed as evidence of the charities work for funders and our annual report.

Jacky Crawford, Head of Service for The Moorlands Community Charity said: I see Alan as the pin that holds this organisation together at times.  He has a calming manner and is committed to this community, evidenced by his time as a volunteer for us, Marshlands Primary School and his length of service to The Sobriety Project before it’s sad demise.  He works along children and adults alike and is a great asset to us to have him here as part of our team.  I would just like to say a very big thank you to Alan for all the work he does for us, we would be lost without him.  I would also like to thank Umber Creative, who specialise’

Kaddie Jarrold, who is 16 years old and has accessed the community centre for many years said: ‘He’s just like an all round nice person, if you ask him a question, he’ll try his best to answer it and just help as much as he can.’

Alan was thrilled with his award and said: ‘I like being part of the community and I like to be a team member, I enjoy being able to help people and I like to see the satisfaction they get from it, as well as my own satisfaction. I still enjoy coming after a long long time now and I would be lost if I wasn’t coming here.’ 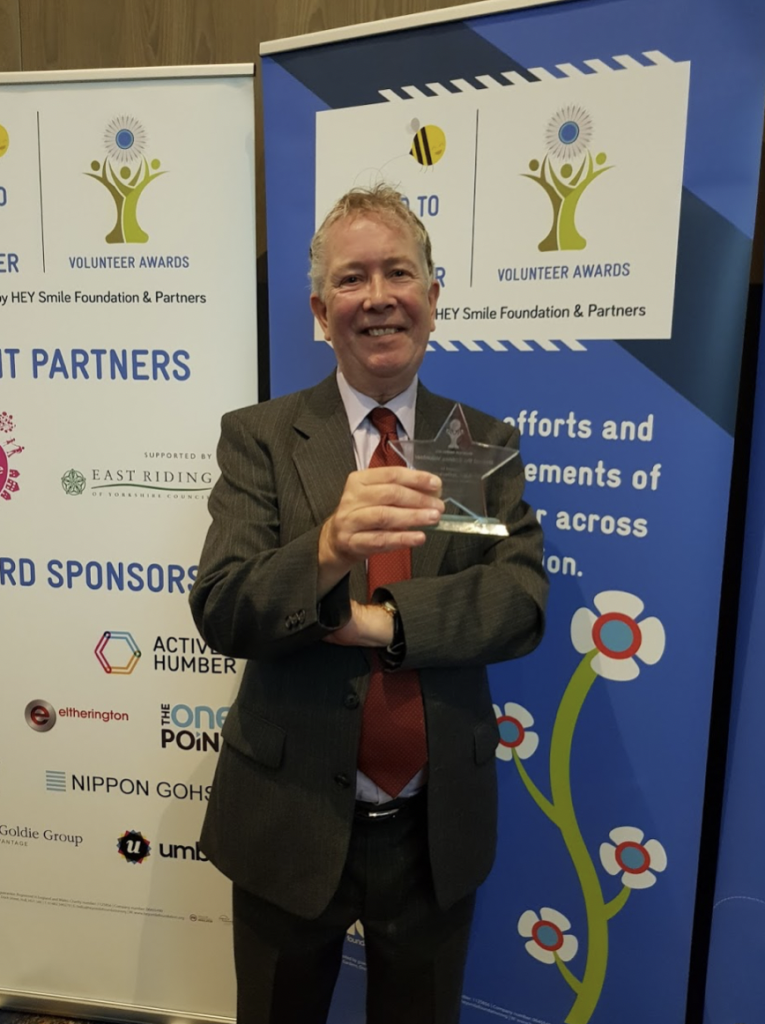