You are here: Home / Bridge reopened after digger smash

Boothferry Bridge has been reopened following a road traffic incident earlier this morning, Wednesday, July 13, which resulted in the closure of the bridge.

Police attended following a call at 8.35am this morning after reports that a truck had been in a collision with the bridge on the A614 Boothferry Road, causing damage both to the vehicle and the bridge and leaving debris on the road. The lorry was carrying a digger and the bucket arm of the machinery is believed to have struck the top of the bridge.

The closure led to traffic delays as motorists were advised to seek alternative routes whilst recovery and repair work was assessed.

No one was injured in the incident and the bridge was fully re-opened just before midday. 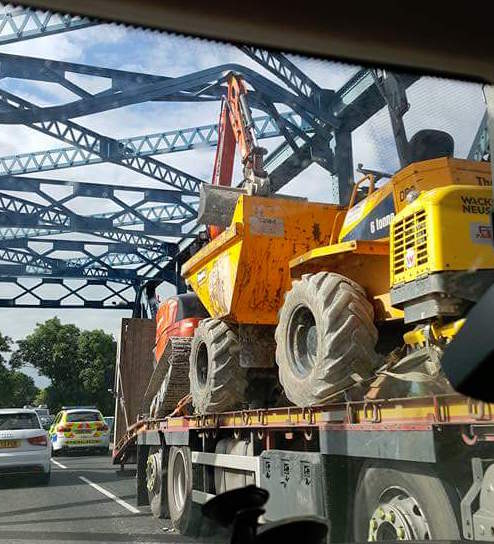