You are here: Home / Can you ID this woman?

Can you ID this woman?

Police investigating the theft of several joints of meat from the Asda store on Wesley Square in Goole have released CCTV footage in a bid to identify the suspect.

On June 2 and June 3, 2016 a woman went into the Asda store and put several joints of meat in a basket.  She then left the store without paying for the items and was seen getting into a silver Land Rover Discovery.

Officers investigating the incident would like to speak to the woman in these images and would ask anyone who can identify her to contact them on the non-emergency number 101 quoting reference 2192001. 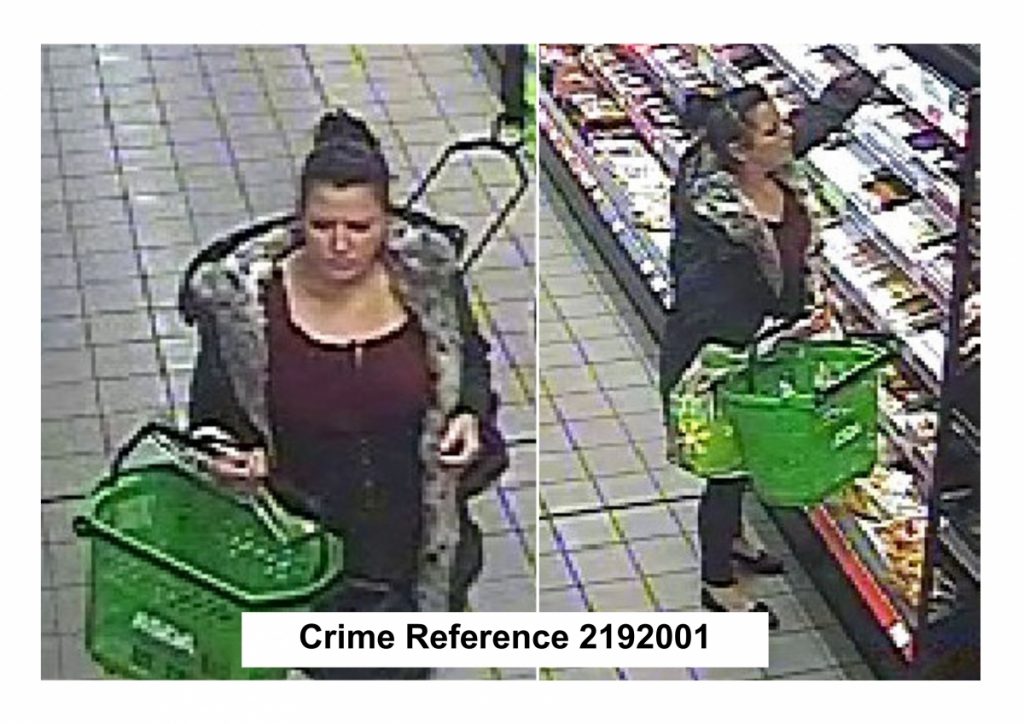