You are here: Home / Councillors to consider council tax increase

Councillors are to discuss proposals to increase the council’s part of council tax in the East Riding by 5.99% for the 2018/19 financial year.

As part of the local government finance settlement announced in December, local authorities were given permission to increase council tax by up to 6% without triggering a referendum.

The proposals, which have been presented to all members by council officers, would see an increase of 5.99% consisting of a 3% adult social care precept and a general council tax increase of 2.99% which would raise £9.1million for the council.

This would result in an increase of £79.28 a year for Band D properties.

Since 2010, East Riding of Yorkshire Council has delivered savings of £158.3million but forecasts show that further savings of £40.3million still need to be made from its annual budget to meet Government funding reductions, inflation and service pressures by 2021/22.

Proposed savings identified over the next four years total £30.1million – leaving a shortfall of £10.2million, including an £8million gap within adult social care after the proposed council tax increase is accounted for.

The annual cost of providing adult social care services in the East Riding is estimated to increase to £89million by 2021-22 and the Government has recognised this demand cannot be met without additional funding.

The Government is due to publish plans later this year on how to improve care and support for an ageing population and how increasing costs to local authorities will be funded in the future.

There will be additional charges from Humberside Police, Humberside Fire and Rescue Service as well as town/parish councils which are determined separately.

See the tables attached set out the proposed charges in each band for the council’s part of the council tax bill for 2018-19. 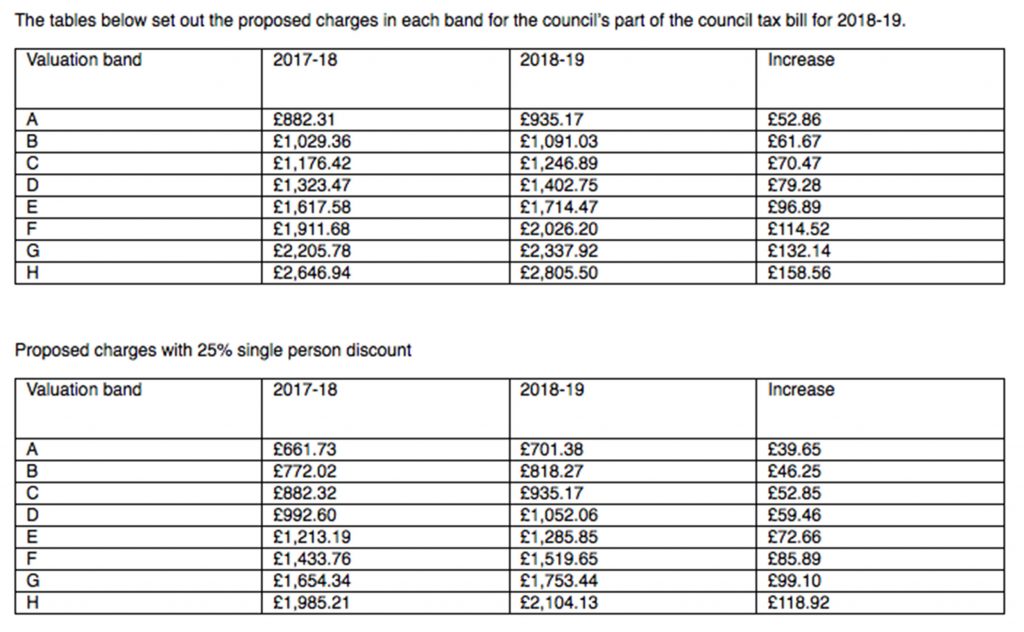