You are here: Home / Doncaster woman fined after fridges and rubbish found dumped near Goole

A woman from Doncaster has been fined after fridges and household rubbish were found dumped on a road near East Cowick, near Goole.

Jessica Wheeler, of Highhazel Road, Moorends, Doncaster, pleaded guilty to failing in her duty of care regarding the disposal of her waste when she appeared before Beverley Magistrates’ Court on Wednesday 10 October. Miss Wheeler was fined £100 and was ordered to pay £150 costs and a victim surcharge of £30.

The court heard a member of East Riding of Yorkshire Council’s street cleansing team visited the emergency access road for the M18 on Greenland Lane, near East Cowick, as part of routine checks on sites commonly blighted by fly-tipping.

The staff member found fridges and around 10 bags of household rubbish dumped on the side of the road during his visit on February 14 this year. Evidence was found at the scene which related to Miss Wheeler’s previous address in Goole Road, Moorends, in Doncaster. Miss Wheeler told the court she had moved house in April and had not been aware of the action brought by the council.

East Riding of Yorkshire Council continues to inform residents they are responsible for disposing of their own waste properly and legally.

Residents are urged to take any waste that can’t go in their bins to their local household waste recycling site, or hire a licensed waste carrier to take the rubbish away, or use the council’s own bulky waste collection service.

When hiring anyone to take away rubbish, residents are urged to always follow the council’s SCRAP Code which advises what checks they need to make.

To operate legally any firm that removes waste has to be registered with the Environment Agency as a licensed waste carrier.

Residents themselves could face an unlimited fine in court if any fly-tipped waste can be traced back to where it came from.

Paul Tripp, head of streetscene services at the council, said: “The responsibility lies with the individual to make the necessary checks to make sure their waste is disposed of correctly and legally.

“The council investigates all reports of fly-tipping and any evidence found will be used to take further action which could include a fixed penalty or even prosecution in court.”

Anyone caught fly-tipping could be ordered to pay a £400 fixed penalty notice and, if unpaid, the issue will be taken to court, where they could face an unlimited fine or even imprisonment. 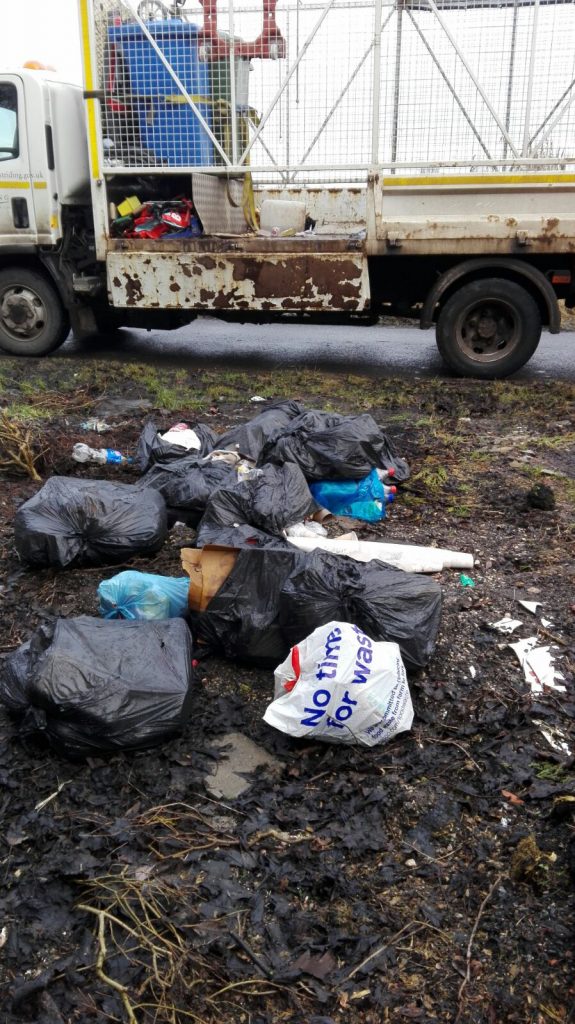