You are here: Home / Flood of support for footballer after life-threatening injuries 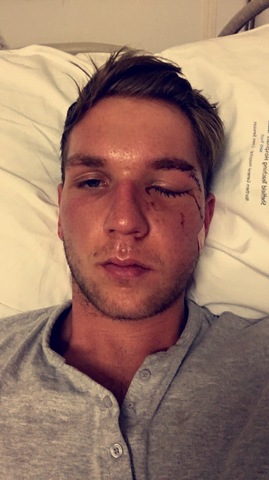 Flood of support for footballer after life-threatening injuries

Goole AFC’s injured goalkeeper Jack Wheat has been overwhelmed with support since suffering the horrifying injuries that could have claimed his life and have indeed killed-off his football career.

Jack (23) was seventeen minutes into his debut match for the club when a collision on the pitch changed his life forever – leaving him with such horrific head and facial injuries he has been told he must never don his boots again. Jack suffered four fractures to his head and face, a fractured eye socket, compressed cheekbone, fractured skull and broken jaw.
Initially thinking he simply had a ‘big cut around his eye’, Jack didn’t realise the devastating reality of his injuries. Play continued until a teammate noticed Jack’s state and drew the attention of the ref, who halted the match.

“I just thought this can’t be happening, it was a big shock. I just felt my eye closing, like all the bones around it closing in. I knew there was a gash above my head because I had blood on my gloves. There was no pain when it happened, only when the swelling came out later. It was only when I got in the changing room and I started touching my face and there was nothing there. The bones and curves of my face were just flat. That’s when I knew there was something wrong.” Jack was taken to Telford Hospital where doctors assessed the extent of his injuries and planned his surgery. The intricate operation was carried out just over a week later and Jack endured over four hours of surgery as he had his jaw wired and plates inserted into his face.

“The doctors at the hospital asked me if I had been assaulted because they said they were the worst facial injuries they had ever seen.”
Speaking of his recovery, Jack told Our Goole: “I have my good days and my bad days. My recovery is so far so good although my cheek bone is still flat so I have chosen to undergo more surgery to correct that when the swelling goes down. It will take three months for everything to fully heal, but because I need more surgery it will set me back longer. I’m expecting it to be about six or seven months, maybe longer but hopefully not. I had what I believed to be a temporary wire put in my jaw, but I discovered at my last appointment that will have to stay in for life.”
Jack was warned he should never play again as any further impact may result in him losing his sight. This has hit him hard: “After being told how dangerous it would be for me to risk playing, I have to stop – which is heartbreaking, it has been hard to take. “I’ve always played football since I was a boy and it’s a big part of my life, the thought that I won’t be putting my boots and gloves on again has destroyed me.”

Jack has also lost out on a job he had lined up as he will be unable to work for many months, so his club have set up a fundraising page to raise £5,000 to help. Looking to the future with a positive attitude, Jack hopes to maintain an involvement in football, albeit from the sidelines: “I’m hoping to go into coaching, specialising in goalkeepers, and also plan to help out with the team next season at Goole when I am fully fit.”
The incredible support has helped Jack through dark times: “I would like to thank all the players and staff at Goole AFC, friends and family for their support. I would also like to thank everyone who has wished me well and donated money to help me while I am out of work. It has been so overwhelming for me and my family with the amount of people and football clubs that have come together to support me. Unfortunately my football career has come to an end but my health is the main priority. To everyone, thank you again for your kind words and wishing me well, you have been a big part in keeping my head in the right place.” 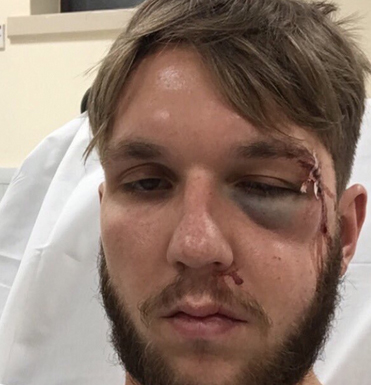