You are here: Home / Goole – Concern grows for missing teen

Concern is growing for a teenager who has gone missing since leaving his home in Goole on Saturday.

Vaughn Hirst, 15, who is said to have links to both Snaith and Halifax, West Yorkshire, was last seen in Snaith on the evening of Wednesday, June 29, 2016 when he returned to collect some belongings.

The teenager did not provide details of where he was staying and following searches by both police officers and family members, contact has still not been made.

A spokesperson for Humberside Police said: “Vaughn has never been missing before and as his behaviour is out of character, concerns for his wellbeing are growing.”

He is described as white, around 5ft 3in (1.63m) tall, of medium build, with short blond hair.

Anyone with information is asked to call 101, quoting log number 304 of June 29. 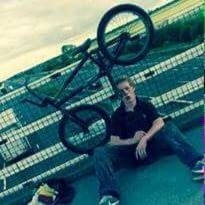