You are here: Home / Goole and District Lottery needs your help 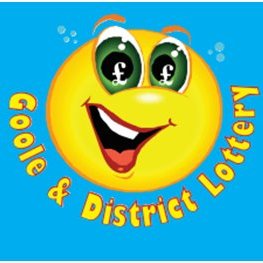 Our local community lottery is urging new members to sign up and support community groups and organisations in Goole.

After a decline in membership over the past year the lottery can no longer offer £1000 prize money without resulting in the company having to close it’s doors. The jackpot has instead decreased to £750 per week.

The community lottery was set up by Investing in Goole Society Ltd, a not-for-profit company, with the objective of generating money to invest back into Goole to support local good causes.

The Goole & District Lottery Community Fund enables grants of up to £250 to be available to local groups, organisations and individuals in need of funding.

Although the prize money has decreased, the Community Fund grant programme will continue.

A simple, straightforward application process has been developed and applications can be made at any time.  Applications are presented to a panel of Directors – people who are local residents, run local businesses or are involved in local community groups.

Shelly Brooksbank from the Goole & District Lottery told Our Goole: ‘We have helped so many organisations from Goole Gofar to Old Goole Senior Citizens and none of that would be possible without our lottery members. By joining, you could win a weekly prize of £750 but you will also be helping your local community groups at the same time. After all, you have to be in it to win it.’

Application forms to sign up to the lottery are available from the Goole & District Lottery offices, 57 Carlisle Street, Goole, or via their Facebook page ‘Goole Lottery’.  Membership starts at just £1 per week.