You are here: Home / Goole man that was sentenced to four years in jail for domestic abuse has further restrictions enforced for when he is released

32 year-old Terence Maguire from Goole was sentenced to four years in jail in July 2018 for an appalling history of domestic abuse against an ex-partner, following other previously violent relationships. His latest victim estimated that she had called the police 500 times about his behaviour before she was strong enough to make a statement against him.

Maguire was a controlling and abusive partner who prevented his victim from living a normal life, he stopped her seeing friends and family and inflicted multiple injuries on her over a period of six years.

Police Constable Tracy St Paul who now works in Goole CID said, “I first met the victim in this case in December 2017, she had been suffering from years of abuse at the hands of Terence Maguire. She was scared and vulnerable, her confidence was rock bottom.

“The victim had been a bright and intelligent girl from a loving family who was doing well at school until the age of 15, when a, then 26 year-old, Terence Maguire had latched onto her and alienated her from all friends and family.

“Over the course of their relationship she had suffered numerous serious assaults of differing natures, and had been completely controlled by his coercive behaviour.

“Although she had come to the police many times over the years, she had never felt strong enough to support a conviction and always withdrew support for police action after making the initial call, mainly due to fear of reprisals from Maguire.

“I am very pleased that she was able to finally support a prosecution against him. When he was sentenced to four years in jail in July 2018 both her and his previous victims could rest at ease knowing he could no longer harm them.

“The fear though was that after being released from prison he would be free to strike up a relationship with a new partner who may be completely unaware of his violent nature, and so we applied to the court to have a Criminal Behaviour Order (CBO) enforced and in place ready for when Maguire leaves prison. The Judge agreed with us about the risk that Maguire poses to women, and granted the CBO. As a result, for the next 15 years he must tell police the name of any new partner and also the details of any addresses he lives at, hopefully allowing us to help prevent other women falling victim to his abuse.”

Chief Inspector Dan Patrick of PVPU stated, “We know how difficult it is for anyone, both men and women, who are victims of domestic abuse to come forward. They fear the future and they fear reprisals. Often the offender has worn away their self-esteem and has left them with little confidence.

“Telling someone about their situation is the first step a victim can make to stop the abuse.”

“This CBO means that Humberside Police can take action to safeguard any future partners of Maguire from his violent and abusive behaviour, before he has the opportunity to diminish their confidence and self-esteem for his own gain.”

The details of the Criminal Behaviour Order state that Terence Maguire must inform the local police of any address at which he resides, whether temporarily or permanently such as any residential premises, including his home or any temporary or semi-permanent structure, including but not limited to any tent, caravan, mobile home or boat within 14 days of him moving to that address or structure, so we can conduct safeguarding checks at the address for vulnerable adults and children and make any safeguarding and protection referrals deemed necessary.  He is deemed a risk by Social Services to children and vulnerable adults, and this condition will help us to ensure they are kept safe.

The second condition granted is to inform the local police station of the name of any female with whom he forms a relationship within 14 days of doing so.  Terence Maguire is an extremely High Risk perpetrator of domestic abuse, and this is so we can give the new partner disclosure about his offending history under the Domestic Violence Disclosure Scheme (Clare’s Law) to try to prevent other women from suffering at his hands; they can then make an informed decision about the future of the relationship.

The Criminal Behaviour Order was granted at Hull Crown Court on Friday 21 December 2018, and will remain in place for 15 years. 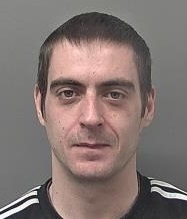