You are here: Home / Honouring Goole’s servicemen and women

As the Goole WW1 Research Group introduces its new exhibition at Goole Museum, we spoke to Stephen Walker who stressed the importance of preserving our town’s past, and remembering the many brave men and women who lost their lives a century ago.

While the centenaries of the beginning of World War I and the zeppelin raids that took the lives of 16 Goole residents passed in 2014 and 2015 respectively, the Goole WW1 Research Group’s new ‘Street Shrines’ exhibition is an extensive gathering of information on all the town’s war memorials – marking 100 years since Goole’s street shrines were erected in July 1917.

The exhibition looks into how Goole’s servicemen and women at home and abroad were remembered, and reveals individual stories of service and sacrifice. Speaking to Our Goole, Stephen Walker, one of the exhibition’s researchers, said:

‘It is the first time that our information has been brought together in the form of an exhibition, which is significant as it lists the town’s full history of its war memorials. Similar projects have materialised online, but this is a rare example of a full museum exhibition, and visitors can discover the history of Goole’s war memorials, as well as individual war stories about our brave servicemen and women. Very little is known about street shrines nationally, so this project is important in bringing knowledge of their existence into the public realm. We really want to share our research and help the townspeople understand their own family’s contribution during the war.’

The Goole WW1 Research Group – which includes Stephen, Chris Laidler, Margaret Price and Mike Howard – has carried out diligent work in bringing the project to fruition, but as Stephen laments, the difficulties involved often centre on gaps in information and insightful heirlooms that are lost over time.

‘There are missing war memorials, such as the North Street Wesleyan Church, where in this case, we don’t have any pictures of them. The biggest source of information is likely to come from family heirlooms, such as diaries, letters, medals and photographs. Instead of binning old photographs, letters and such items, what we really need people to do is to donate them to Goole’s museum or our research group, as something considered junk might actually be quite important.’

As well as commemorating the 100th anniversary of Goole’s street shrines, Stephen’s personal inspiration behind his involvement in the exhibition came from a data enquiry, which soon grew into a huge project.

‘My inspiration came from being asked to identify some of the soldiers in the Goole Museum archive. I started by looking at the local newspaper archive where I came across an article about street shrines, and then made a full list of all the Goole men and women who served in the armed forces, and all the war memorials erected in the town. As always with history research, once you start investigating one thing you branch off, and before you know it you’re undertaking a full-scale project!’ 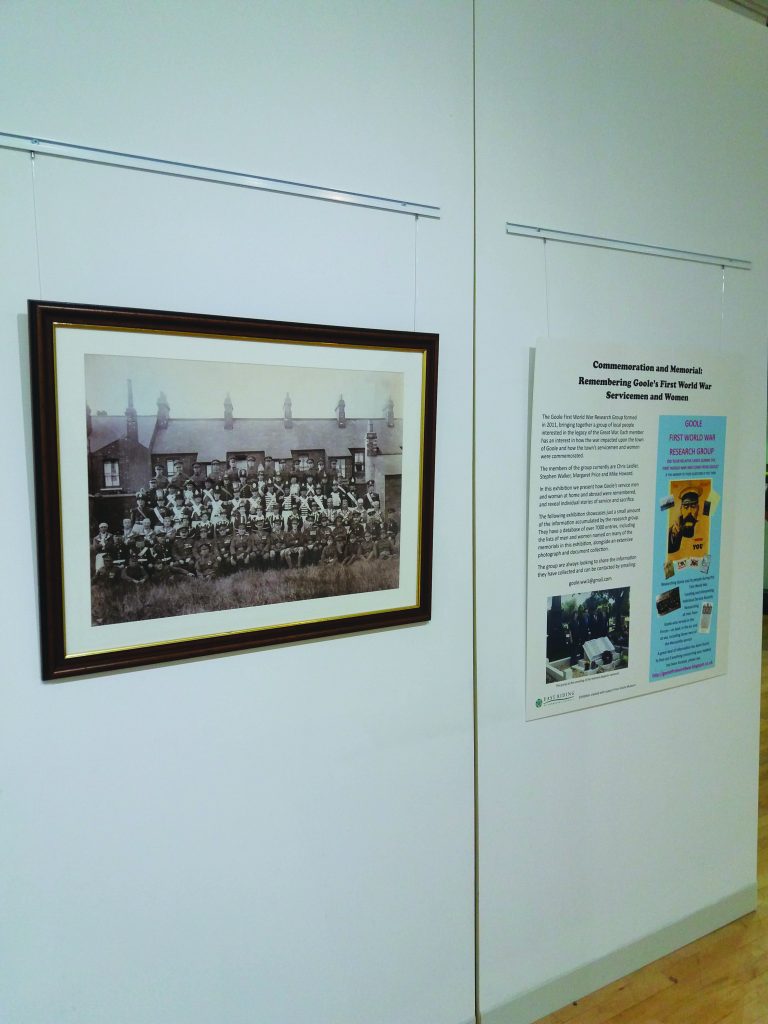 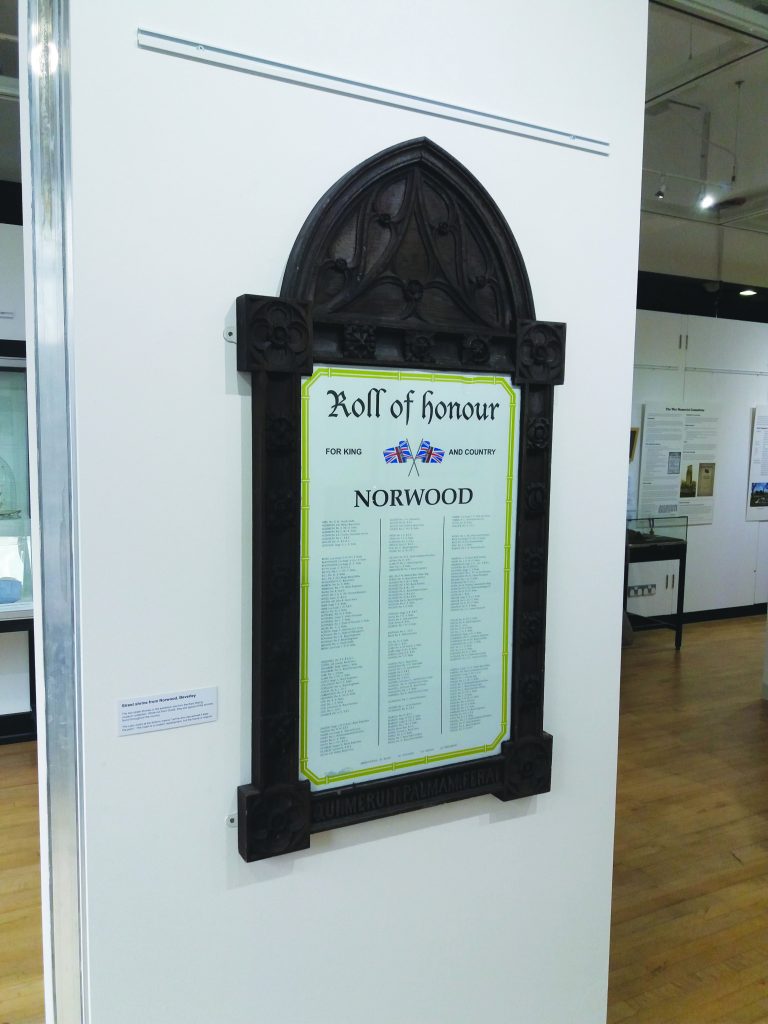