You are here: Home / “When I’m in a nightclub the DJs love to shout out ‘We’ve got the mayor of Goole in the house’”

Our Goole was lucky enough to grab the chance to get up close and personal with Britain’s youngest mayor, Terence Smith. We talk politics, clubbing and music guilty pleasures:

So Terence, how does a 19-year-old become the mayor of Goole?
I’ve always been engaged with politics – during the build-up to the 2015 elections, I helped out with Jacky Crawford’s campaign in Goole going door-to-door in the community. I really loved it and decided to run for the council. It’s been a bit of a whirlwind from there really; my campaign was successful and I was elected councillor. Soon after, I was named as deputy mayor. It is tradition that the deputy takes over the role of mayor at the end of the council year so that’s what happened.

For those who don’t know, what does being a mayor actually entail?
Essentially, it’s a PR role with a gold chain. I regularly attend functions, meetings and events where I am promoting Goole and all the brilliant things it has to offer.

Do you feel you are treated differently to other mayors because of your young age?
When I was elected as deputy mayor there were members of the general public who complained I was too young and asked: ‘What life experience has he got?’, but I was heavily defended by the council and other mayors who agreed that a young perspective could be a really positive thing for Goole. When I became mayor, most of the doubters had fizzled out, but there are still a few who feel I’m too young for the role. I take it all in my stride though and I don’t let it distract me from my role.

You’ve just started studying at the University of Hull – how is it going?
It’s been great so far. The university has been really helpful and supportive of my role as mayor and my course mates are loving the fact that I am a bit of a celebrity – they find it fascinating. I think people worried that being away from Goole would mean that I engaged less with the community and my role, but if anything has changed it’s that I feel more engaged with the town. I feel more proud to be from Goole than ever and I am not too far away, so I can still continue with all of my appearances and meetings as usual.

Are you conscious of maintaining a professional image while being a student?
Very! I have to always be aware that people might know who I am and I don’t want to be caught doing anything that could be used to show me in a negative light. I still drink and go on nights out like a typical student, but I’m usually the one carrying people home and making the complimentary cups of water!
Some people say I’ve lost out on my teenage years and grown up too fast, but it’s been a fantastic opportunity and I’d choose to do it all over again the same way if I had to. If anything, my role has enhanced my student life, not hindered it. When I’m in a nightclub the DJs love to shout out ‘We’ve got the mayor of Goole in the house’ and things like that. I’m always a bit mortified but my friends think it’s hilarious.

Our Goole is all about promoting the positive things about Goole – what do you love about it?
I love the community spirit and the fact that you can always spot a ‘Goolie’. We are outgoing, have no fear and will always tell you how it is and I think that’s brilliant.

Now we’ve covered all the serious stuff – are you ready for our quick-fire questions so our readers can get to know you a bit more?

What’s your favourite TV show?
Only Fools and Horses – it’s a classic.

Your music guilty pleasure?
It has to be D:Ream – Things Can Only Get Better.

Which three people, dead or alive, would you invite to your dinner party?
David Bowie, Brian Blessed and the Queen (just so I can make sure there’s someone more important than me at the table!)

What’s the last text you received?
‘Have you got any washing?’ from my Grandma. I’m going home this weekend – my reply was obviously ‘Yes please!’.

What’s your favourite place on the planet?
Goole – without a doubt! There’s no better feeling than seeing that skyline and knowing you’re home. 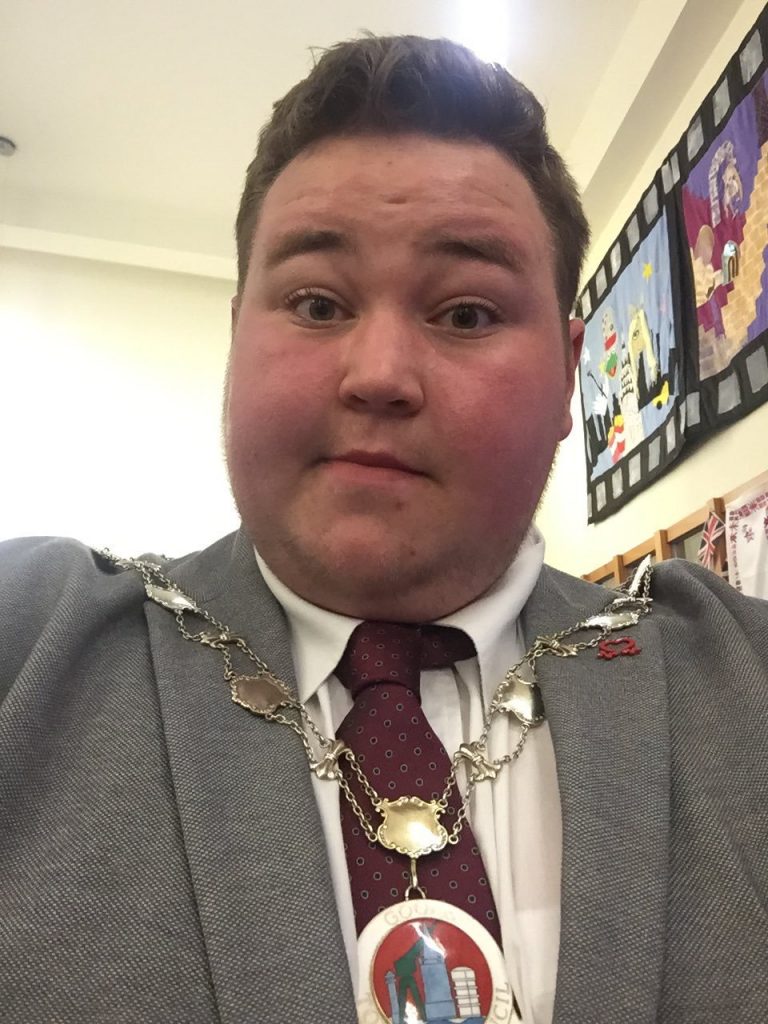