You are here: Home / Man jailed after police sergeant threatened with weapon

A man was sentenced to 21 months at Hull Crown Court yesterday after he threatened a police officer with a weapon in Goole earlier this year.

The offences took place on Tuesday 18 June after Lowther was caught shoplifting from a supermarket by a Police Sergeant.

The sergeant, who was not wearing any protective clothing at the time, approached Lowther in the carpark about the shoplifting.

Lowther then got out of a car and threatened the officer with a weapon, before returning to the car and leaving the area.

Detective Inspector Simon Vickers, from our Criminal Investigation Department, said: “Firstly I would just like to praise Sergeant Farley for his bravery in this incident.

“Due to the nature of his role that day, he was not wearing any protective equipment but that didn’t stop him from challenging Lowther, putting himself at risk to uphold the law. Attacks on emergency service workers are always unacceptable but this one was particularly aggressive as a weapon was involved and I am pleased to see this recognised with Lowther now facing a prison sentence for his crimes.

“I hope that today’s result sends a clear message to others that may consider threatening an emergency worker, this is unacceptable and we will seek to prosecute you.”

Greg Hinchliffe (30) of Church Balk, Doncaster also appeared at court in connection with the incident, he was sentenced to 4 months after pleading guilty to shop theft and was released as he had already served the time on remand. 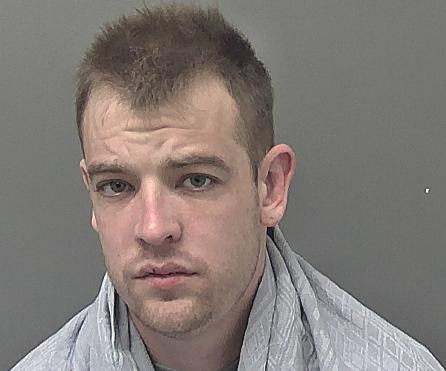