You are here: Home / Patients at Goole hospital to benefit from donation

Patients at Goole hospital to benefit from donation

A grateful family have donated a piece of equipment to Goole and District Hospital which will benefit those patients requiring rehabilitation.

Ward 3 has been able to buy a piece of equipment – a turn stand – which therapists can use to help patients safely transfer from sitting to standing positions.

The equipment has been donated in memory of Mike Earle who suffered a stroke in March and was cared for at the hospital before passing away in June.

His wife Jean Earle, daughter Sue and son Michael raised £500 after asking for donations at his funeral in aid of ward 3.

Mrs Earle said: “We wanted to give something back to the ward for all the care they gave Mike and my family. Nothing was too much trouble. After spending nearly three months visiting the ward the staff became more like friends, and we still get hugs from them when we see them.”

She said the family saw firsthand how hard they worked caring for their patients. She added: “All of the staff on ward three were brilliant. They are a great team.”

Senior physiotherapist Megan O’Hara said: “We would like to say a huge thank you to Mike’s family for their kind donation. It will aid the rehabilitation of patients as they regain their strength following s stroke.”

If you would like more information about how you can help donate to your local hospital please contact the Trust’s registered charity, The Health Tree Foundation on 03033 305672 or email: hayley.thompson3@nhs.net 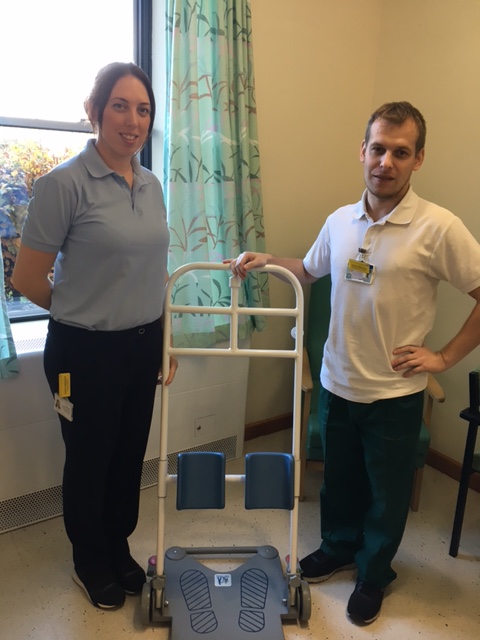