You are here: Home / Ryedale holiday park firm ordered to pay £1,548.50 for fly-posting in Howden

A Ryedale holiday park business has been ordered to pay a total of £1,548.50 after putting an illegal advertising sign on the roadside in Howden.

Malton Grange Lodges, of Amotherby near Malton, staked a board promoting the holiday park into the grass verge next to the Hull Road Roundabout in October last year.

Malton Grange Lodges, which has a registered office in Cambridge, was found guilty of an offence of fly-posting at Beverley Magistrates’ Court on Wednesday 7 March. No one from the firm attended the hearing.

The firm was fined £1,000 and was ordered to pay £448.50 costs and a victim surcharge of £100. The court was told an officer from East Riding of Yorkshire Council spotted the advertising sign near the roundabout in Howden on 9 October last year.

Despite warning the company they were committing an offence and giving them the opportunity to remove the board, the firm failed to remove the sign. It was later removed by a council officer.

The court heard Malton Grange Lodges had previously been warned by the council about placing illegal signs on the highway in July last year.

East Riding of Yorkshire Council continues to remind residents and businesses that it is a criminal offence under the Highways Act 1980 to place a sign on the highway which includes the verges.

Unauthorised advertising placed on land next to roads can be an obstruction, nuisance or danger to motorists, and may even contribute to road accidents due to distraction.

The council can issue a £75 fixed penalty notice for each illegal sign or poster. If a case is heard in court anyone found guilty of fly-posting could be fined up to £2,500.

The council may also remove all signs and the costs incurred can be recovered from the person responsible.

Mike Featherby, head of streetscene services at the council, said: “We will act to investigate any signs put up on the highway as they could be a hazard to motorists.”

All advertising should take place on private land but may be subject to planning restrictions. Advice can be given by the council’s planning department.

For more information on fly-posting, or to report an offence, visit the council’s website www.eastriding.gov.uk and search for ‘fly-posting’. 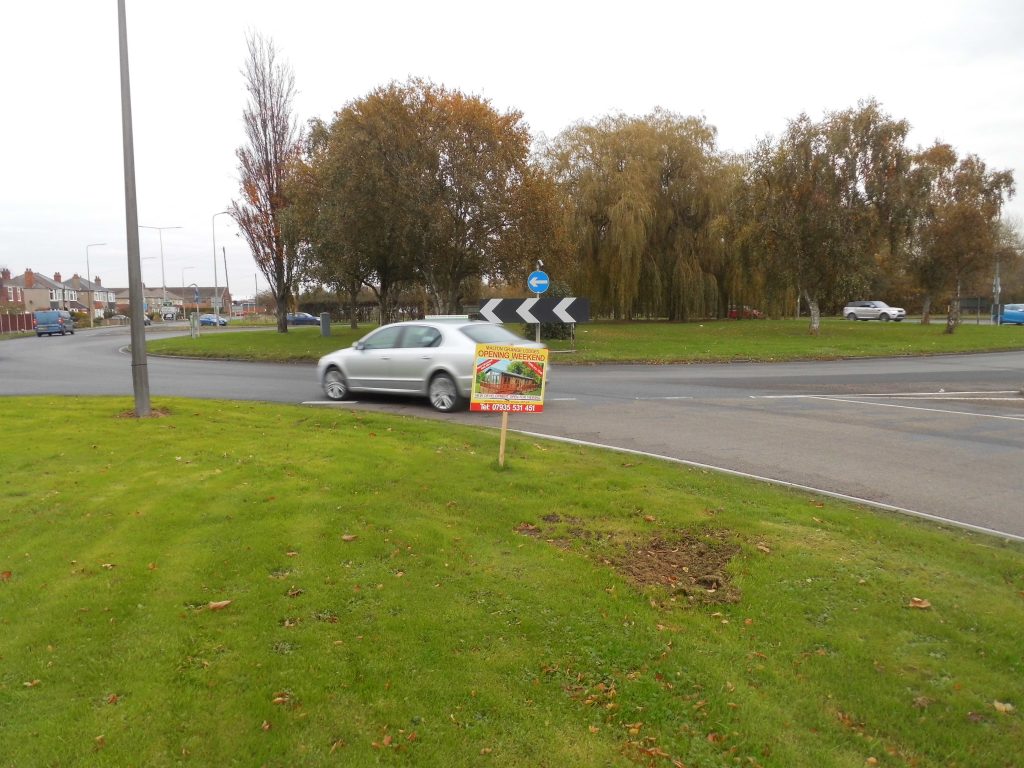