You are here: Home / Three residents fined for dumping rubbish behind their homes in Goole

Three residents fined for dumping rubbish behind their homes in Goole

Three residents from Goole have been fined for dumping waste in alleyways behind their homes.

Vadims Lomakins and Darja Amelkova were ordered to pay a total of £220 by Beverley magistrates, while a former Goole resident, now of Nottingham, was given a fixed penalty of £400.

These latest cases are part of an on-going campaign by East Riding of Yorkshire Council to target fly-tippers in Goole who have turned some back streets into dumping grounds for rubbish.

Vadims Lomakins and Darja Amelkova, both of Sotheron Street, Goole, both pleaded guilty to the illegal disposal of waste on land at the rear of Sotheron Street when they appeared before Beverley Magistrates’ Court on Wednesday 23 January. They were both fined £40 each and each ordered to pay £40 costs and a £30 victim surcharge.

The court was told that a dismantled wardrobe and cardboard boxes were found dumped in an alleyway behind Sotheron Street by a streetscene enforcement officer from East Riding of Yorkshire Council on 9 July last year.

Investigations traced the items back to Mr Lomakins and Miss Amelkova, but they failed to respond to approaches by the council, so the case was taken to court.

The council also took action against a former Goole resident, now living in Nottingham, after an officer found a large amount of waste in an alleyway behind Jefferson Street on 20 December last year.

The items included a sofa, games machine, clothing and general rubbish, and evidence found at the scene was traced back to the former resident.

The man admitted the offence to officers was issued with a £400 fixed penalty from the council for the illegal disposing of waste.

The council’s streetscene enforcement officers launched an on-going campaign in Goole in autumn 2017 to clamp down on the problem of fly-tipping and rubbish dumping in some residential areas of the town centre.

Officers visited hundreds of homes to speak to residents about the problems and encouraged them to dispose of rubbish in the correct way – either in their recycling bins or at a household waste recycling site.

Letters were sent to other homes highlighting the issue and calling on residents to keep streets tidy, while warning signs were placed in all back alleys in the town centre.

Officers continue to patrol the areas worst affected by fly-tipping.

Anyone caught fly-tipping or leaving rubbish could be ordered to pay a £400 fixed penalty notice and, if unpaid, the issue will be taken to court, where they could face an unlimited fine or even imprisonment.

Paul Tripp, head of streetscene services at the council, said: “The majority of residents have been supportive of our campaign against fly-tipping in Goole, but there are some who still flout the law, dump their rubbish and expect us to clean it up. We will investigate all reports of fly-tipping and any evidence found will be used to bring a prosecution or issue a fixed penalty.” 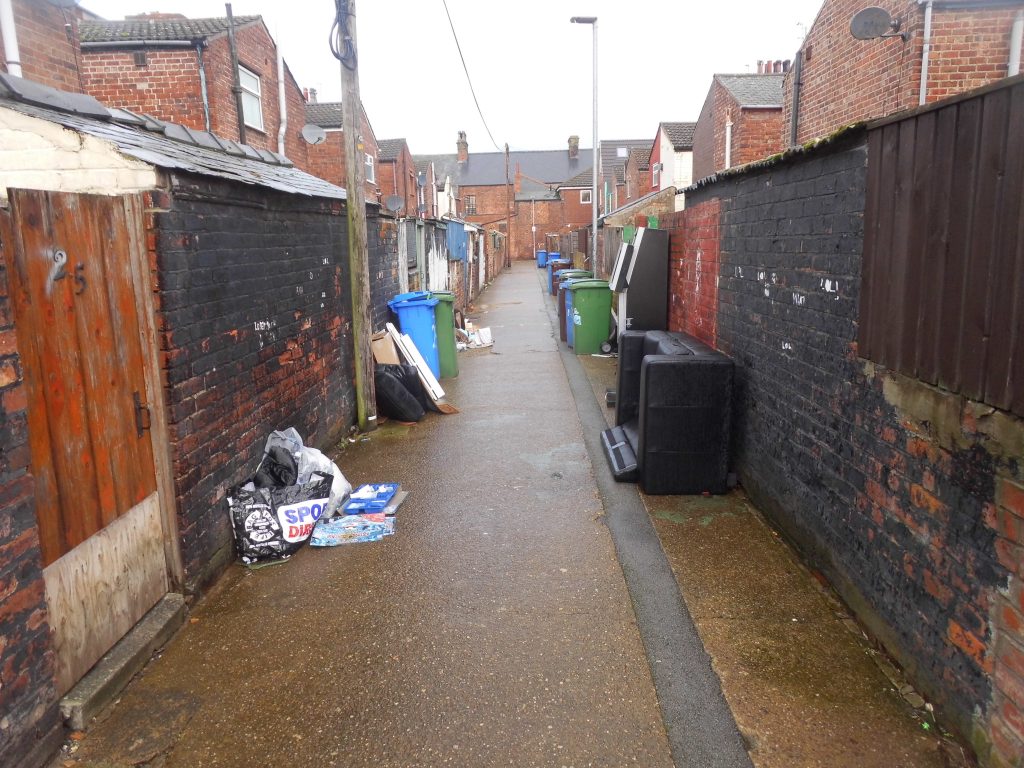 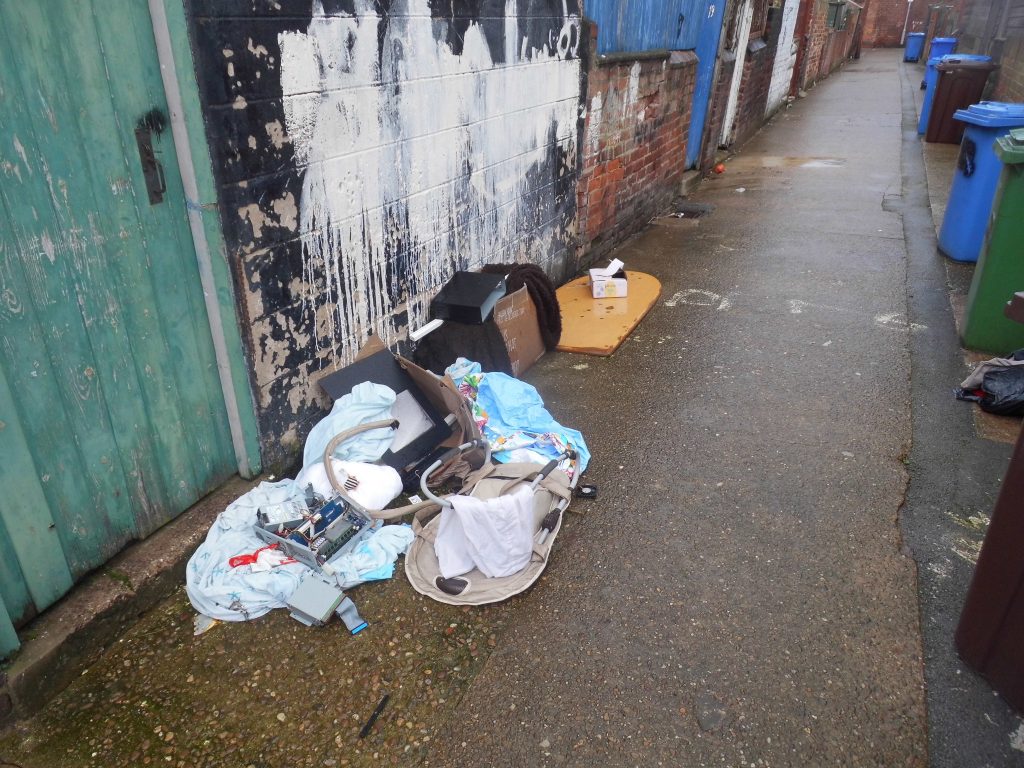 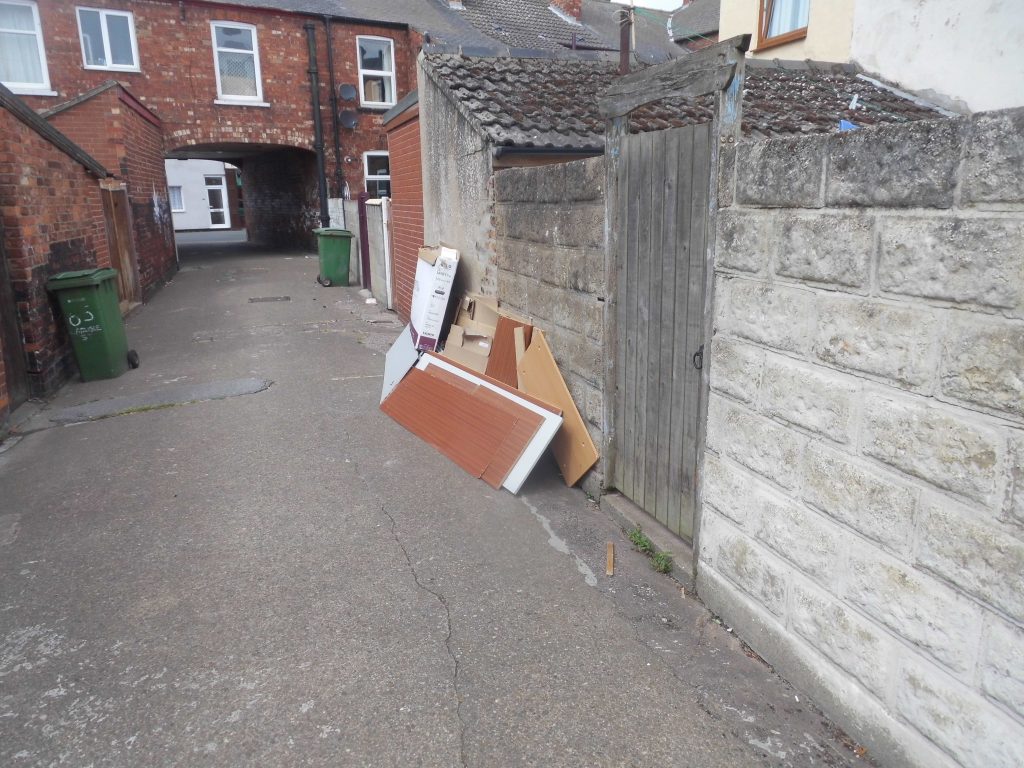 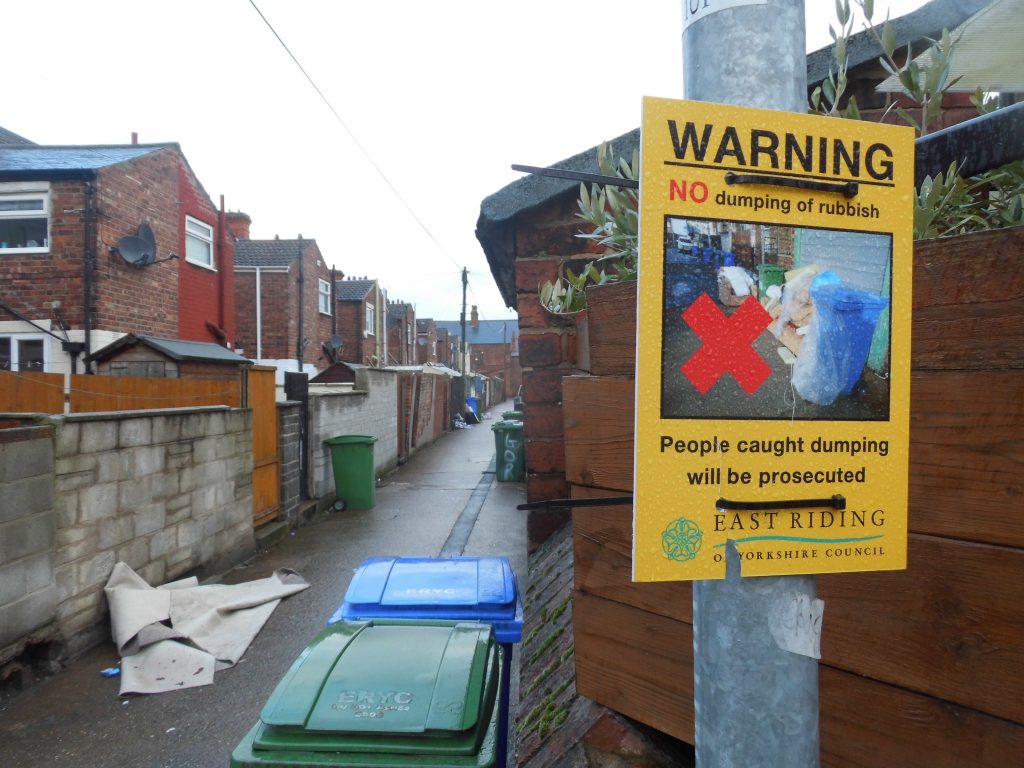 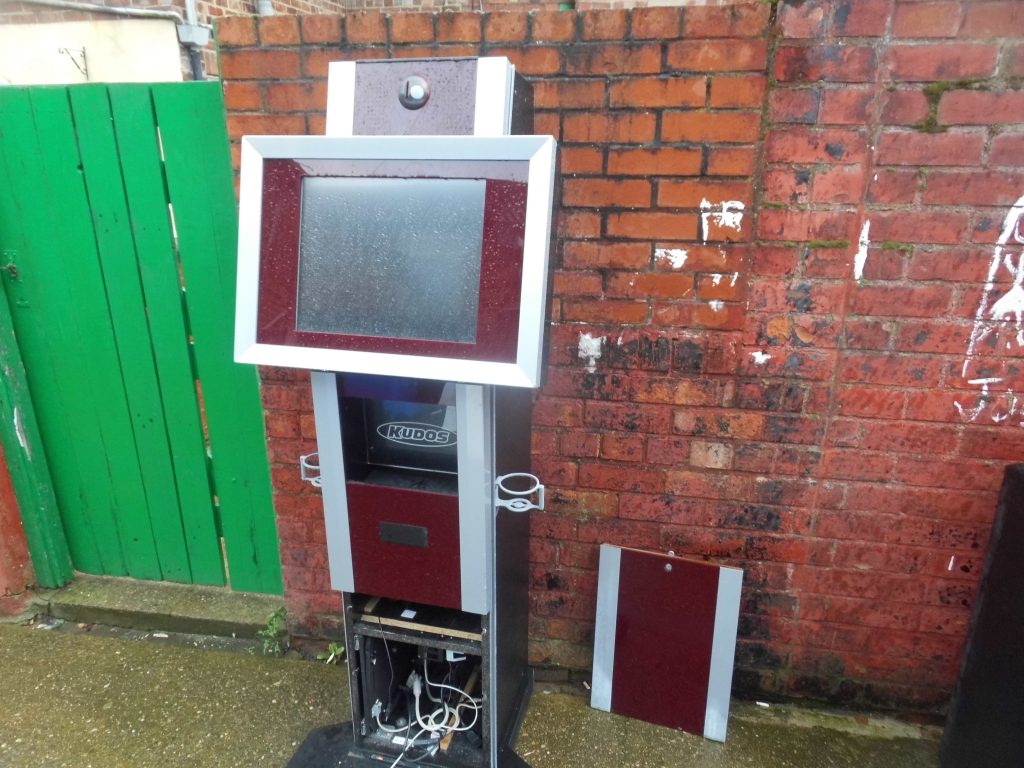