You are here: Home / Time to shine for region’s talented young footballers 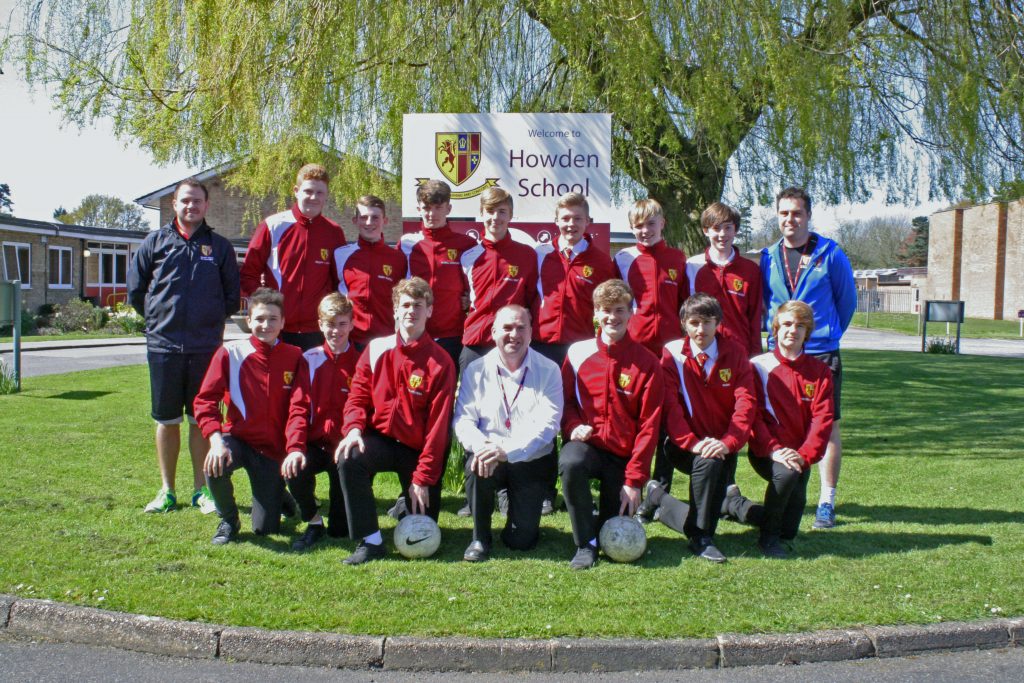 A talented team of students from Howden Secondary School have the chance to make history this month when they take part in the prestigious ESFA PlayStation Schools Cup final at the Madejski Stadium, Reading.

Going further than any other school football team in the long history of Howden, the fifteen-strong man squad has battled through several difficult rounds in their U15s category before reaching the showcase final after a tense penalty shoot-out at the semi-final stage. In preparation for the big day, the Year 10 squad will also be paraded around the pitch at Hull City’s upcoming SkyBet Championship game against Brentford after the club kindly offered their support. After that all focus will switch to the day itself when the boys travel south to take part in the most coveted school football competition in the country. An impressive 30 teams, both boys and girls categories, will go head-to-head across an action-packed three days at the home of Reading FC. Howden’s meeting with the Oxford-based Gosford Hill School is the final game of the day on Monday, May 16, 5.30pm kick-off.

The road to Reading started all the way back in September but coach John Taylor, who started working with the team when they first joined the school in Year 7, views their date with destiny as a culmination of the hard work they’ve been doing since they started secondary school. The team is eagerly awaiting their tracksuits for the trip, kindly funded by a sponsor of the school, while PlayStation will also be supplying a new kit on the day to ensure they look their best. The boys will be warming up in Reading FC’s £1million indoor training facility before making their way onto the Madejski Stadium pitch, and with over 6,000 spectators attending last year’s finals, the young footballers are sure to enjoy showcasing the skills that have taken them from playing on their school pitch to competing in a 24,000 capacity stadium. Good luck lads!