A pioneering scheme which has helped hundreds of people with learning disabilities from across the East Riding enter the world of work has celebrated its 10th anniversary.

Worklink has made a real difference to the lives of hundreds of people by providing accredited training in horticulture, woodwork, and hospitality and catering, before helping many enter employment or further education.

Worklink, which is run by the East Riding of Yorkshire Council, has been based at its purpose built learning resource centre in Cottingham for the past 10 years. The scheme also has outreach centres at Sewerby Hall and Gardens and at the Sobriety Project, in Goole.

Since opening its doors in 2007, over 360 students from across the East Riding have joined the scheme, of which just under half have moved into employment, including work placements or what is classed as ‘sheltered employment’ with Worklink itself.

“Entering employment or further education really does have a positive impact on a person’s life, not least someone who has to overcome the challenges of having a disability. It is clear to see that both students and employers have benefitted from the scheme over the past 10 years and long may its success continue.”

Last May the scheme celebrated reaching the ‘100 days a week’ milestone, which meant they were responsible for over 60 adults working a collective 100 days a week in their local communities.

The anniversary was celebrated with an open day event at their learning resource centre, in Cottingham which was attended by staff and students past and present, local employers who support the scheme, and civic dignitaries.

Attending the event was 60-year-old Nick Whelbourn, of Hessle who trained in catering at the Learning Resource Centre for two years and now works part-time at Mires Beck Nursery, in North Cave.

Nick was accompanied by his father Walter, 80, and his brother Andy, 55, who has spoken of the real difference the scheme has made to their lives.

Andy said: “The whole family has noticed a vast improvement in Nick’s confidence. Before he came to Worklink he wouldn’t do anything, he let my dad do everything, he wouldn’t socialise, he was very apprehensive about going anywhere especially into a crowded area. But now his confidence has grown, he will do things which he never did before, he will ring me, he will sort things out when I have given him details of who to ring, it is just noticeable on those small things but quite big things for Nick.” 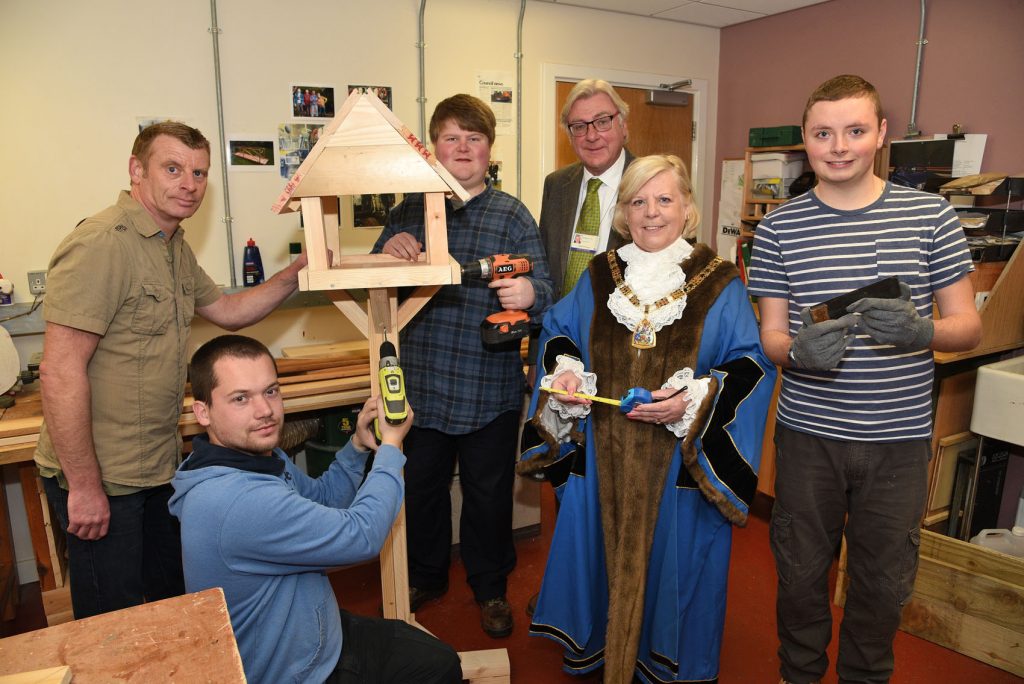